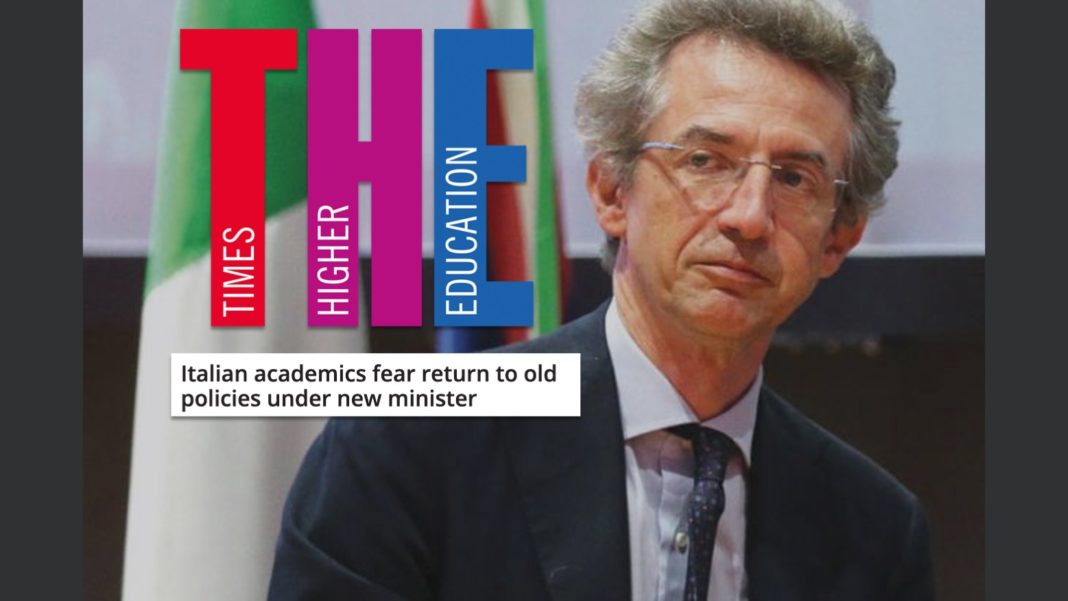 In the opinion of Roars’ Editorial Board, and also in the opinion of many commenters, the decision to divide the MIUR ministry into two ministries, one for education and one for universities and research, was a choice dictated by political balancement rather than rationalization. Indeed, splitting the ministry is a way to satisfy the two major political forces supporting the government, by assigning each party a minister. The education minister has gone to the Five Star Movement and the university to Democratic Party. 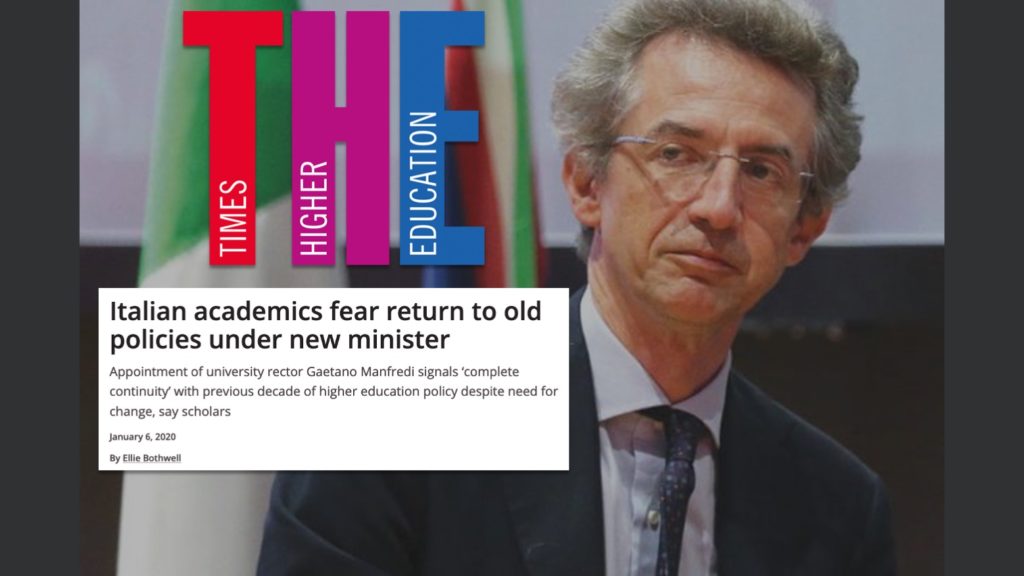 The new minister for university Gaetano Manfredi  had been named as a potential candidate to the role of Governor of the Region Campania in the last administrative election; he’s the brother of a past deputy of the democratic party.

In the past years, Manfredi, in his dual role as Rector of the largest university in Southern Italy and President of the Conference of Rectors, has distinguished himself for his unconditional support to any initiative by governments led by the Democratic Party. In particular, it is worth to recall his support to the Renzi government’s attempt to establish the so-called Natta’s Chairs. These were full professors directly appointed by the Chief of the government. The opposition of the academic world was so strong that the government was forced to withdraw the plan.

In 2016, Manfredi, as new president of the conference of Rectors, did everything he could to undermine the lecturers’ protest against the national research assessment. Furthermore, in the occasion of the big strike of university professors between 2017 and 2018, Manfredi signed a letter where he proclaimed that the Conference of Rectors was to be considered as the “employer representative” against trade unions.

Here is the text:

As for Fioramonti’s education ideas, from inside university he was perceived as an “absentee minister”. Fioramonti, while issuing several statements on topics unrelated to the policies of his ministry, did not carry out any concrete action for university and research. His ministry will be remembered for the creation of the new governmental agency of research: a new agency, “indendent from government” with a governance directly nominated by the chief of government (this is not an error!). The law paragraphs were inserted in  draft of the budget law when he was abroad. He disavowed them on Twitter and Facebook. He will be also remembered for the final approval to compulsory standardized tests for the admission to the final exams of the secondary school. This last measure on INVALSI tests appears to be completely at odds with the electoral programme of the Five star movement, which required a thorough review of policies on the use of standardized tests.