Home Articles in English The National Committee for Scientific Research’s proposals for academic and scientific employment... 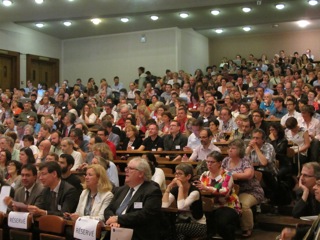 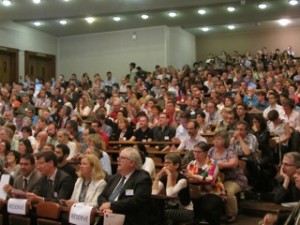 The National Committee for Scientific Research (CoNRS) is a collective body comprising the Scientific Board, Institute Scientific Boards, specialized sections in each discipline, and Interdisciplinary Commissions.  The CoNRS plays a key role in scientific research in France. Its members are representatives of the scientific community who apply their expertise in support of the core mandate of the CNRS: “To identify, carry out (or have carried out), either alone or in collaboration, all research that advances science or contributes to the country’s economic, social, and cultural progress”.

Alarmed by the continuous decline in the number of scientific and academic positions in France, the CoNRS met in a plenary session on the 11th of June. The text of the propositions that were discussed and adopted on the day can be found below.

“I want to reassure researchers: recruitment campaigns will continue,  although there will be less recruitments than before”. G.Fioraso, State secretary for higher education and research.

In contradiction with official objectives and the assertions by the government, the policies that have been pursued in higher education and research in recent years have decreased our capacities for research and innovation. They have also reduced the French position at the international level. Decisions regarding scientific employment in both the public and private sectors, hinder our research abilities and constrain our universities. By generalizing employment insecurity, they generate a genuine waste of human resources and increase inequalities, especially between men and women. They push young people to abandon research and discourage the whole scientific community.

Research is vital for the development of knowledge, for the vigour of the economy as well as the maintenance of critical and democratic thinking. Job security is necessary for free and fruitful research. The National Committee for Scientific Research unites all categories of public research actors: researchers, academics, engineers and technicians. Its members, meeting together in an extraordinary and plenary session, urgently demand an ambitious multi-year plan for scientific employment. They state that the continuous reduction in the number of scientific job numbers is the result of political choices and not a consequence of economic circumstances.

Maintaining the ESR budget as it currently stands simply means prolonging its decline. Furthermore, stabilising current jobs levels is not enough to re-dynamise scientific research; a strong signal must be sent to early-career researchers wishing to join academia, by giving them the means and motivation for research. We cannot sacrifice the thousands of young scholars currently undertaking research without status or job stability. Such insecurity must be urgently stopped. This implies the creation, over a number of years, of several thousand new positions in the public sector, as well as a genuine policy to encourage the employment of PhD-holders in the private – and particularly the industrial – sectors.

Moreover the means to achieve this already exist. Significant funding sources can be found:

A long-term plan to create several thousand permanent jobs in the public service, over several years, is necessary to avoid sacrificing an entire generation of young scholars, and with it the needs and contributions of France in world academic research. It is our responsibility to make sure this plan is decided upon and implemented as soon as possible. We will not stop our activism, through different forms of protest, until the government responds to this demand.