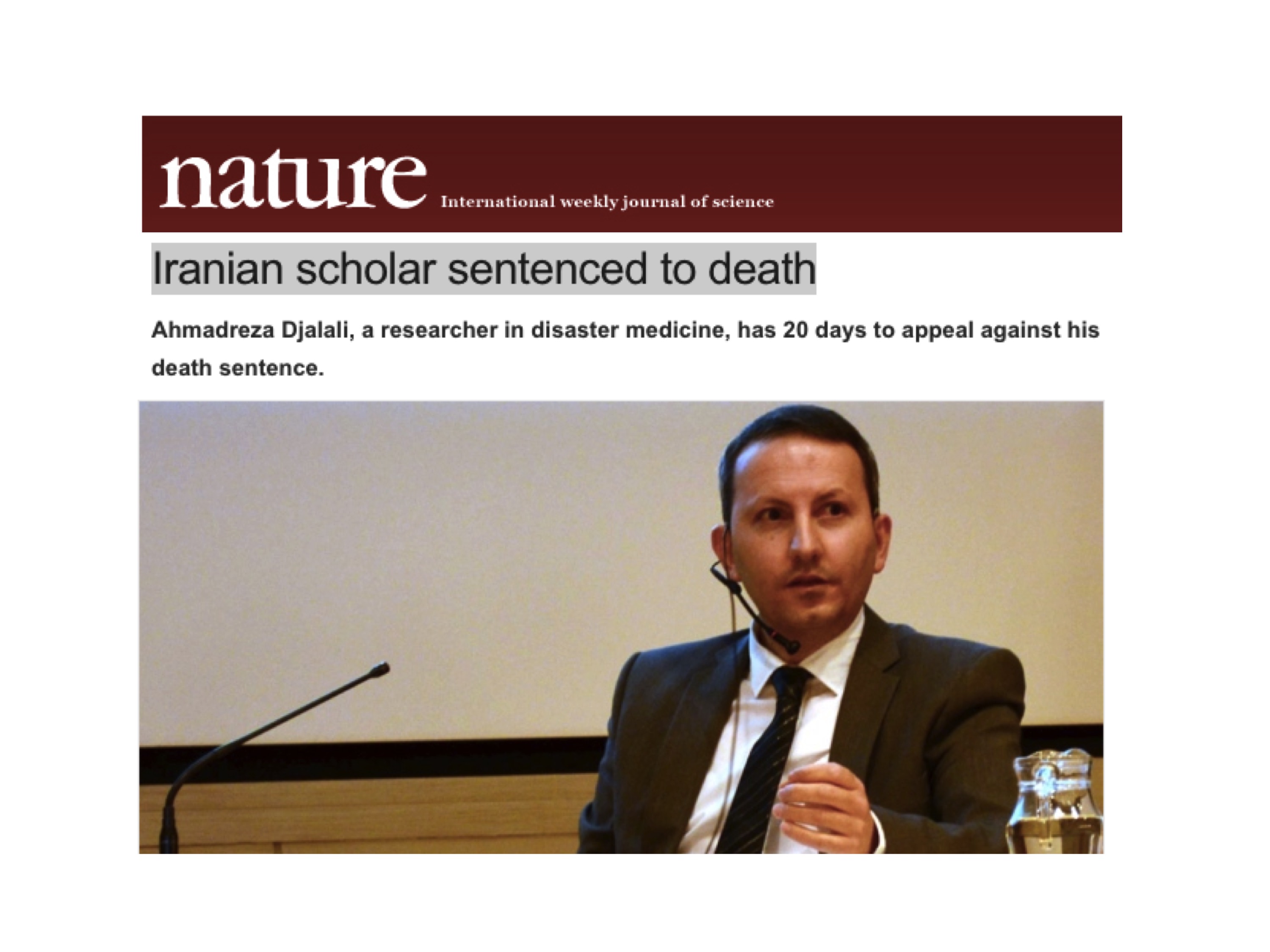 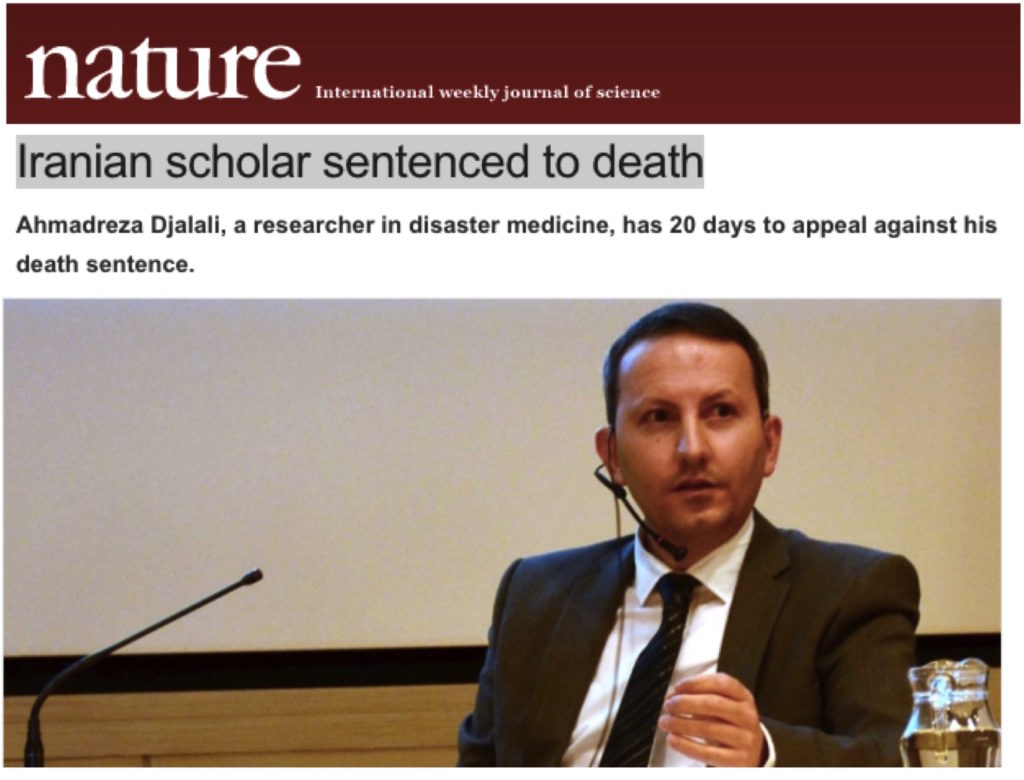 Djalali is affiliated with the Karolinska Institute in Stockholm, Sweden, and the University of Eastern Piedmont in Novara, Italy. A resident of Sweden with his family, Djalali was arrested in April 2016 on an academic visit to Tehran and accused of “collaboration with a hostile government”. He works on improving hospitals’ emergency responses to armed terrorism and radiological, chemical and biological threats.

Djalali was convicted of espionage following a trial led by Abolqasem Salavati, a judge in Iran’s revolutionary court, and sentenced to death on 21 October, according to Djalali’s wife Vida Mehrannia and to Italian diplomatic sources. They say he has 20 days to appeal against the sentence.

Mehrannia says that her husband was accused of obtaining money, academic positions and research projects in exchange for spying on Iran for Israel.

Shortly before the sentence was announced, a close contact of Djalali’s (who would prefer to remain anonymous) circulated a document that claims to be a literal transcription of a handwritten text produced by Djalali inside Evin prison, where he is being held. The document states that Djalali believes he was arrested for refusing to spy for the Iranian intelligence service.

Several scholars and human-rights organizations have repeatedly called for a fair trial or release for Djalali.

Djalali’s story echoes those of other Iranian scientists. Omid Kokabee, a physicist released from a Tehran jail in August 2016 after five years’ imprisonment, says he believes he was punished for refusing to help a covert nuclear-weapons programme. Hamid Babaei, who was undertaking a PhD in finance in Belgium but is now serving a six-year prison sentence in Iran, has said he was arrested for refusing to spy on his colleagues.