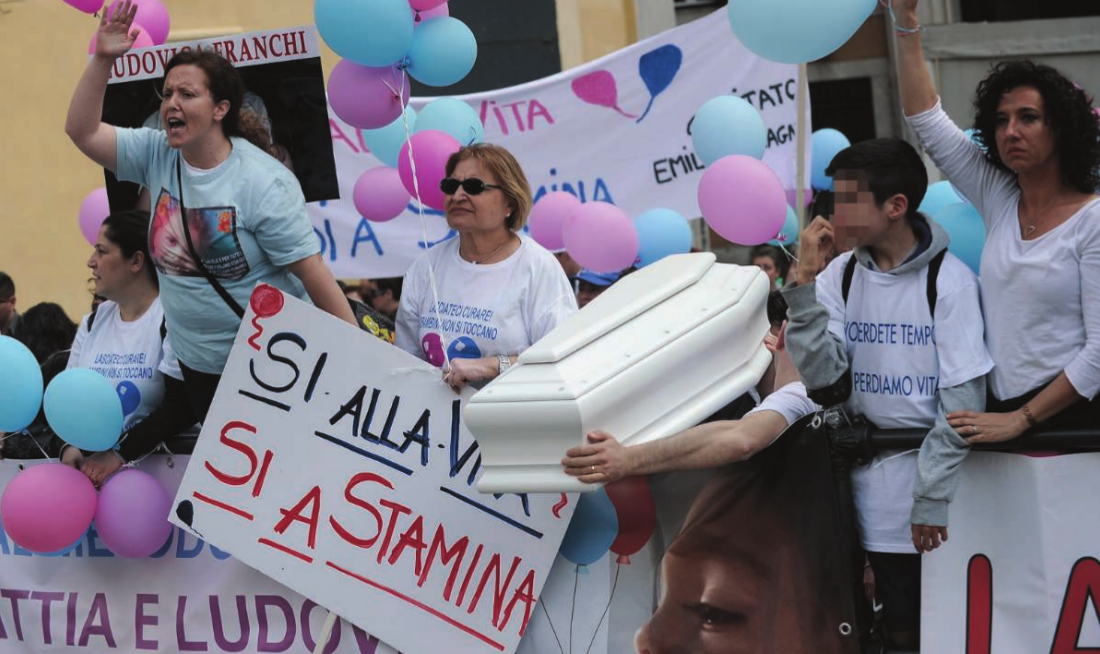 The Italian Parliament has decided that the administration of a controversial stem cell treatment for neurodegenerative diseases, provided by the Stamina Foundation in Turin, can continue although on only a small scale.  Lawmakers also ordered a formal clinical trial of the therapy and allocated € 3 million to pay for it. The law, opposed by many stem cell scientists, became official after it was approved by Italys Chamber of Deputies on 20 May and by the Senate 2 days later.

Although some patients say that they have benefited from the treatment, researchers contend that the Stamina Foundations therapy hasn’t been properly described, let alone shown to be effective; a 15 March open letter signed by 13 stem cell scientists compared it to ”snake oil”. Spending millions on a trial is a waste of money, contends Massimo  Dominici of the University of Modena and Reggio Emilia, who is president-elect of the International Society for Cellular Therapy.